When Humanity Rots Away..

No wasting time in introductions. I’ll come straight to the point.  How many of you know about the recent calamity in Kedarnath, India, caused by heavy rainfall and landslides? Many. That’s right. For those who don’t please spare five minutes of your time and Google it.  If I start writing about the statistics here, not only will it account for an unnecessary addition, I might not be able to cover all the numbers correctly for they are increasing faster than you can say ‘She sold some sea-shells on the seashore’.  No kidding. (Didn't I say Google it?)


Yes, the details of the calamity are heart rending. What’s more deplorable is the attitude of the locals!
At a time when the victims of the natural disaster are looking for some act of kindness, some show of sympathy, they are being greeted with no/little help. Disgusting! What happened to all those lessons in first-aid that we are taught right from grade 3? Most of the help comes from the locals themselves! Isn't that what all the books say? C’mon, you don’t need a lesson in first-aid to learn about humanity! Okay, that’s taught in the value education books.  But do you need a ‘how-to’  book to be compassionate?  Seriously?! Are we utilizing any part of our education in our day-to-day lives? Too many questions. Too few answers.

Let me not forget to mention the efforts put in by the army. They have been trying day in and day out to rescue the victims. More than 60,000 victims and counting. The death toll is expected to reach 5000!
In such misfortune, the army has come to the rescue, no less than a ‘messiah’.  Applaudable. The goverment too stepped forward and run a helpline wherever possible. Free food. Free medicines. Donations. Funds.
Good work!

The survivors continue to recount tales of horror. According to the media reports, incidents of loot and rape by the Nepalese are on a high! Adding to the already miserable state of the people is the way these poor people are being treated. The waiter of a hotel demanded Rs. 180 for a Chapatti and Rs. 500 for a bowl of rice from a little boy and his grandfather who had been hungry and in distress for 43 hours! The locals are selling a bottle of water that’s priced Rs.20 for a thousand! In some cases they have either demanded Rs.200-500 for a single phone call or have shut  doors and refused to help! Shameful! Pathetic! It feels horrible to think we live in a century where such lamentable behavior by the most social species ‘homo sapiens’ is observed!

I fail to understand why we fail to recognize each others’ pain! For once try and put yourself in the other person’s shoes. If you think it will hurt you, it’s probably hurting them too. You only get bonus points for bringing an ounce of good into this world. So, why not try? It is worth the effort!

I happen to be a ‘Karmist’. I do believe in the ‘Karma theory’. I also think we all carry a baggage with us and are put into this world for a purpose. Our existence has a purpose. Is it that hard to try and balance our ‘karmic’ accounts? Maybe it’s like the old saying; the two hardest words to say are ‘sorry’ and ‘thankyou’ (It’s equally hard to say please as well). But they work wonders!
This thought just came in. What happens when an employee in a company doesn't deliver as expected? He is fired. I wonder if God says the same thing to people (who are inhuman) on reaching their heavenly abode; 'You are fired'! Sounds a little funny. But who knows! The Lord just might! So, behave! Properly.

By writing this post, I am not trying to give some spiritual lecture.  I just want to spread a message. Whether you get it or not, that decision I leave for you to exercise.  Of course, everybody has troubles. We are not perfect beings. We make mistakes. All of us do. But can’t we try to rise above? Can’t we try to be better each day? How hard can that be? It’s okay to start small. But know that every small change leads to a big change. Go and be somebody’s breath of fresh air, somebody’s sunshine, somebody’s person. Be somebody’s friend! And for a while(even if it’s a small while), put your woes aside and think about those who are less fortunate. I got a text the other day whose last line read- ‘Somebody somewhere is sadder than you’! Couldn't agree more!

Don’t count your chickens before they are hatched, count your blessings instead! Okay, this line doesn't make any sense. I just put it for fun. (Kill me later!) :D
Let’s just not put humanity to shame and allow it to rot away. We already have too much garbage (on the planet) to deal with. Don’t you think?  :P 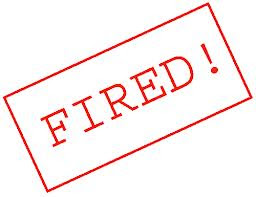 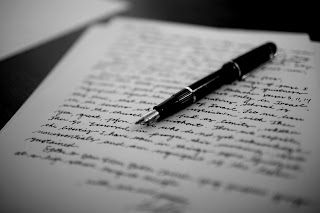 The Power Of A Letter

Urvashi Vasishtha
I am new to blogger and a budding architect. I love writing and debating. I write posts that intrigue my grey matter. :D If you are looking for a slice of life, look no further. Welcome to my Den! :)